With all the talk about drug shortages in the US it might be easy to forget the rest of the world, but it seems that drug shortages are also hitting European countries and are affecting not just generics, but also biosimilars. 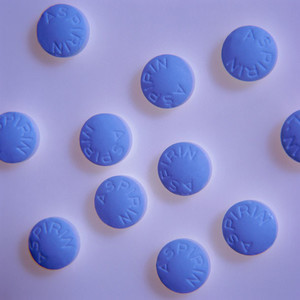 Shortages have been reported in Germany, Hungary, The Netherlands and UK, to name just a few.

In Hungary, an essential chemotherapy treatment 5FU has been in short supply since 3 November 2011 due to increase in demand and manufacturing difficulties coupled with economic problems, and the expected date to resume supply is 3 July 2012 [1]. The problem with supplies of this life-saving cancer drug is reported to be also affecting the rest of Europe and it is not known when the problems will be resolved.

Meanwhile, in the UK there has been reported to be a general shortage of biosimilar versions of granulocyte colony-stimulating factor (G‑CSF). This means that patients in UK have been forced to change to the originator or another biosimilar, creating not just anxiety for the patient, but also an added cost burden for the national health system (Personal communication. Eleanor Harwood, Oxford Pharmacy, UK. 7 November 2011).

This situation has been confirmed by Amgen who supply the originator biological product Neupogen (filgrastim, G-CSF). Amgen CEO Mr Kevin Sharer commented, ‘some of the manufacturers of filgrastim products struggled to supply the market with their products’.

This perhaps underlines the difficulties or complexities with manufacturing complicated biosimilars compared to the rather more simple generics. While generics manufacturers may discontinue products due to lack of profit, in the biosimilars market there are profits to be made, but the manufacturing task is not so simple.

Shortages occur for a host of reasons, including the unavailability of raw ingredients, enforcement actions that halt production, voluntary recalls, poor inventory ordering and changes in product formulation. ‘Just in time’ manufacturing and inventorying practices also leave little margin for error and do not allow for sudden increased demand.

The practice of tendering appears to have also added to the drug shortage problems. Although no formal evaluation has been undertaken, it is believed that tendering has changed the market share from larger to smaller pharmaceutical manufacturers and there have been reports of short-term absences of some medicines due to logistic shortages in Germany and The Netherlands [2, 3]. In fact, hospitals in The Netherlands are routinely short of around 40 products [4].

The European Commission is called to urge more effective legislation for drugs companies [5]. After all, article 81 of Directive 2011/83/EC of the European Parliament states that it is illegal for holders of a marketing authorisation not to supply licensed products and that they have a responsibility to cover the needs of patients. Early concerns on shortages of biosimilars should be better understood, and public healthcare officials should be motivated to take steps to foster the safe, reliable, and adequate supply of essential and critical treatments.

In the end it is the patient who will suffer. Either having to pay inflated prices or just not being able to get often essential and life-saving drugs.

How can the European Commission and European governments ensure that life-saving drugs continue to be available at reasonable prices? How can shortages in such essential drugs be avoided in the future?

Please feel free to share your thoughts via email to editorial@gabionline.net or in the comments section below. What do you think are the reasons for drug shortages? How can the generics/biosimilars industry help to alleviate these shortages?

Obama’s fresh attempts to ease drugs shortages in the US

US drug shortages – FDA may hinder, but APP may help

Tendering for medicines in ambulatory care

Shortage of Biosimilars in Europe

We have experienced delayed delivery of certain amino acids for our biosimilars. This might be one explanation. We doubt the reasons are those stated in the article.