Clinical data requirements for biosimilars in the EU: PK and PD comparability

In their article [1], authors from the Paul-Ehrlich-Institut, the European Medicines Agency (EMA) and the Federal Institute for Drugs and Medical Devices (BfArM), discussed the totality of evidence approach for biosimilars in the European Union (EU) using case studies to illustrate biosimilars for which differences were observed in different parts of the comparability exercise and on the justification for why these differences did not preclude regulatory approval. 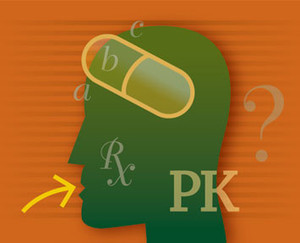 Pharmacokinetic and pharmacodynamic comparability
Adalimumab
In the case of two adalimumab biosimilars, pharmacokinetic (PK) studies in healthy volunteers that originally failed have been published. In both cases, it was argued that the differences in glycan structures known to affect PK (high mannose content) were too small to explain the initially observed PK differences, as only high mannose content of at least 20% would have the potential to alter the systemic exposure because of increased receptor-mediated elimination.

In both cases, a second PK study with an improved study design aiming at reducing inter-subject variability and other variables, such as dosing and batch selection, was able to show PK similarity. The authors note that ‘to decrease the notably high PK variability of many biologicals, test conditions should be standardized as much as possible’.

Teriparatide
Teriparatide is a relatively simple molecule, being a 34 amino acid monomer containing no glycosylation or other post-translational modifications.

A single-dose comparative PK study was carried out in 54 healthy women. Serum calcium was measured at several timepoints during the study, as teriparatide is known to cause transient increases in calcium after each dose.

The results showed that mean exposure and peak serum concentrations were around 8% lower with the biosimilar than with the reference product, but the clinical impact of the observed difference was considered to be negligible given the available literature on the reference product regarding the impact of body weight and administration site on exposure. In addition, no relevant differences were identified by further analysing delivered volumes, active substance content, structure of the active substance and the PK assay.

The close analytical and functional similarity, together with the similar PD profiles and the absence of a relevant difference in PK supported the Committee for Medicinal Products for Human Use’s (CHMP) conclusion of biosimilarity.

Disclaimer
The authors of the research paper [1] declared that the views and opinions expressed in the paper are the personal views of the authors and may not be understood or quoted as being made on behalf of or reflecting the position of the regulatory agencies with which the authors are affiliated.

Editor’s comment
If you are interested in contributing a research article in a similar area to the GaBI Journal, please send us your submission here.

Clinical data requirements for biosimilars in the EU: efficacy comparability

Clinical data requirements for biosimilars in the EU: analytical comparability

Clinical data requirements for biosimilars in the EU