The Spanish Society of Rheumatology (Sociedad Española de Reumatología, SER) has issued a position statement on biosimilars, reflecting its views on issues such as interchangeability and traceability of biosimilars. 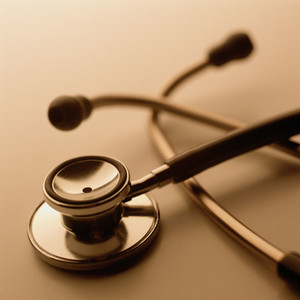 The society, although stating that it is committed to the sustainability of the healthcare system in Spain, also considers it is ‘essential to preserve physicians’ freedom to prescribe the drug(s) best suited to the characteristics and circumstances of each patient’. The SER adds that ‘the choice of an innovative drug or biosimilar is the responsibility of the prescribing physician’.

The society also believes that ‘biosimilars cannot be equated to generics of their reference drugs, as they are not substitutable’. Once again reiterating the role of the physician, and ruling out pharmacist substitution, by saying that ‘the exchange of a biological drug with its biosimilar is an act only physicians should perform, with the consent of the patient’.

The society also calls for the Spanish healthcare system to make available and reimburse all biologicals and biosimilars in the hospital setting.

For safety monitoring of biosimilars, the SER, given its extensive experience with pharmacovigilance registries, offers to ‘carry out these safety studies’.

On the subject of traceability, and given that biosimilars currently use the same International Nonproprietary Name (INN), the society calls for trade names to be used by prescribers ‘in order to facilitate proper traceability’. The European Union already requires all biologicals to be identified through the recording of brand name and batch number [1]. The World Health Organization has been considering a biological qualifier proposal, which would assign a four-letter alphabetical code to all biologicals [2].

On the contentious issue of extrapolation, the society states that ‘extrapolation of indications must be justified by the standards of the European Medicines Agency and, if necessary, be individually proven via double-blind randomized clinical trials that directly compare the biosimilar with the reference drug’. They add that ‘demonstrations of a biosimilars’ efficacy and safety for a particular indication may not be the same as for a secondary indication in which the biological reference drug has shown efficacy and safety’.

The SER’s position regarding biosimilars will be regularly updated ‘in light of new evidence’ and the society expects the next update to be made within two years.

Editor’s comment
If you would like to receive a copy of the SEC’s position statement on biosimilars in English, please send us an email.