Regulation and uptake of ‘similar biologics’ in India

India has, by far, demonstrated the greatest acceptance of ‘similar biologics’. But what are the drivers and the limitations to the ‘similar biologics’ market in India? This is a question Dr Nagaraj Malipatil, a clinical pharmacologist, from Bangalore, India tried to address in his review of similar biologics in India [1]. 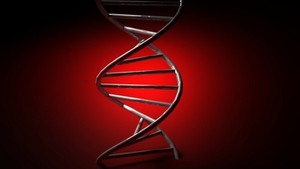 The Indian Department of Biotechnology (DBT) and Central Drugs Standard Control Organization (CDSCO) issued the ‘guidelines on similar biologics’ back in 2012. The guidelines were implemented from 15 September 2012. Prior to the introduction of the guidelines on similar biologics, these products were approved by the Review Committee on Genetic Manipulation (RCGM) and the CDSCO using an abbreviated version of the pathway applicable to new drugs on a case-by-case basis [2].

According to our research at GaBI Online, the first ‘similar biologic’ was approved and marketed in India for a hepatitis B vaccine in 2000. In recent years, over 50 biologicals have been approved for marketing in India, with more than half of them being similar biologics [3].

However, restrictions to the uptake of similar biologics in India include the limited health insurance coverage in the country and concerns over the quality and safety of some domestically manufactured similar biologics.

In the following series of six articles just some of the issues related to similar biologics in India are presented.

Conflict of interest
The authors of the research paper [1] declared that there were no conflicts of interest.

Lack of health insurance limits access to biologicals in India

Factors affecting the uptake of ‘similar biologics’ in India

Editor’s comment
It should be noted that ‘similar biologics’ approved in India might not have been authorized following as strict a regulatory process as is required for approval of biosimilars in the European Union.  The EMA (European Medicines Agency) regulatory requirements ensure the same high standards of quality, safety and efficacy for biosimilars as for originator biologicals, and also include a rigorous comparability exercise with the reference product.