How do the different markets respond to biosimilars? Markets with strong generic adoption frameworks are likely to have good biosimilar adoption as well. However, physician willingness to adopt may be a barrier to entry [1]. 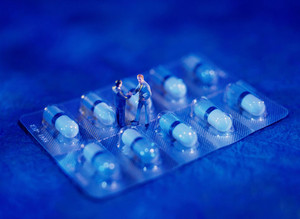 France has a variable adoption of biosimilars. Hospitals are highly incentivised to use biosimilars, however, physicians incentives are not so strong.

Italy has a low adoption of biosimilars. Different regions contract drugs, to get on the formulary they must be discounted to the target level. Prescribing decisions depend on physicians, who generally have close relationships with originator companies, thus discouraging use of biosimilars.

Spain has a low adoption of biosimilars. Different regions contract drugs, to get on the formulary they must be discounted to the target level. Prescribing decisions depend on physicians.

The UK has a high adoption of biosimilars. Physicians are public employees of the National Health Service (NHS) and they prescribe according to National Institute of Clinical Excellence (NICE) guidelines. Most medicines are purchased in tenders by healthcare trusts with price making up 50% of the equation, which should be good news for lower cost biosimilars.

Europe as a whole

The rate of adoption of biosimilars in Europe is about where it would be expected to be for a first wave of biosimilar introductions. Delays are driven by issues related to biosimilars being a new concept, as well as country-specific and product-specific issues.

In general, countries with strong generic adoption schemes are likely to have strong biosimilar adoption schemes. Cancer products may prove challenging at first as data is likely to be extrapolated for cancer indications, with post-marketing pharmacovigilance being used to provide supportive evidence of efficacy and safety.

The US has a high adoption of generics. After the 2012 patent cliff, penetration of generics in the US market will be largely complete. The next place for savings will then be biosimilars.

Patients on chronic biological therapy are a particularly attractive target for savings due to the high costs. With therapies cost per year of US$25,000 plus, it is therefore easy to justify resource investment to drive switching to a cheaper biosimilar therapy; and physicians loyalty to the originator product should not be over-estimated.

In the US, payers have the power to drive the adoption of biosimilars, however, they do not care where the savings come from: originator price cuts or biosimilar adoption.