Concerning the views on biosimilars in The Netherlands, view the news article below:

Concerning the pharmaceutical market in Netherlands, view the news article below:

Growth in Netherlands pharma market held back by generics policies 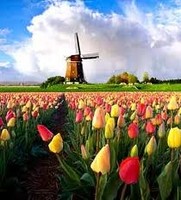 Sales of generic medicines in 2008 represented 56% of the total volume of pharmaceutical sales, but only 15% in terms of value [2-3].

In The Netherlands, drug expenditure increases by 9–10% annually, without interference from the government or other stakeholders in the healthcare field [4].

In comparison with other Western European countries, The Netherlands spends relatively little on medicines, with only 9.9% of the total healthcare budget being spent on medicines [5].

In 2008, Euros 4,742 million was spent on medicines, representing Euros 90 million or 1.9% more than in 2007. In comparison with earlier years this increase is especially low (in 2007 there was an 8.1% increase compared to 2006). This has been mainly attributed to the influence of the preference policy introduced by healthcare insurance companies [6].

To constrain public health costs, the policy of the Dutch government and healthcare insurance companies is to introduce various methods to encourage or indeed enforce substitution of the more expensive innovator (brand named) medicines with cheaper generic medicines. Between 1996 and June 2008, under pressure from an active government, the prices of prescription medicines were reduced by 45%. For generic medicines, the price in 2009 was 60% lower than the price at the end of 2007 [8].

The Dutch Medicines Evaluation Board (MEB) – College ter Beoordeling van Geneesmiddelen (CBG) – is not directly involved in the actual substitution strategy in The Netherlands. However, the registration of generic medicines in The Netherlands only takes place when the CBG is convinced that the generic has the same efficacy and safety as the innovator medicine.

Consequently, the CBG-MEB is of the opinion, once sufficient evidence exists, that branded medicines can be safely exchanged with generic medicines. However, for the acceptance of generics in daily practice adequate communication to the patient by prescriber, pharmacist, health insurance companies, and patient organisations is essential for optimal generic substitution.

A company may seek marketing authorisation for a generic in The Netherlands 10 years after a marketing authorisation has been issued for the innovator medicine in one of the EU Member States. The original preclinical and clinical data are then no longer legally protected and the generic company may refer to the file of the innovator medicine for those data [9].

The Netherlands has a high number of generic producers present in the market, making the generic segment of the pharmaceuticals market in The Netherlands appear rather fragmented [10].

Key facts – contribution of generic medicines to The Netherlands

*A mature generic market is one where generics have been on the market for more than 10 years and where the market share of generics exceeds 40% [2].

5. Nefarma, Feiten en cijfers [Dutch] [page on the Internet]. The Hague, The Netherlands, Nefarma [cited 2011 May 13]. Available from: www.nefarma.nl/feiten-en-cijfers

12. ABPI. Did you know? Facts and figures about the pharmaceutical industry in the UK. [page on the Internet]., UK, ABPI [cited 2011 May 13]. Available from: www.abpi.org.uk/our-work/library/industry/Documents/Did%20you%20know_Jan11.pdf