US generics maker Actavis (formerly Watson) confirmed on 8 March 2013 that it had filed with FDA an amendment to its abbreviated new drug application (ANDA) for rivastigmine transdermal system to include the 13.3 mg/24 hr dosage strength. Actavis’ product is a generic version of Novartis’ Exelon Patch, which is used to treat people with mild to moderate dementia associated with Alzheimer’s or Parkinson’s disease. 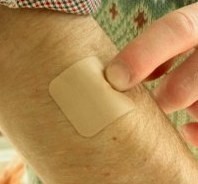 Novartis filed suit against Watson on 7 March 2013 in the US District Court for the District of Delaware seeking to prevent Actavis from commercializing its 13.3 mg/24 hr strength product prior to the expiration of certain US patents, and resulting in a stay of final FDA approval of Watson’s 13.3 mg/24 hr strength generic for up to 30 months from the date that Novartis received notice of Actavis’ ANDA amendment filing or until final resolution of the matter before the court, whichever occurs sooner, subject to any other exclusivities.

Actavis previously filed an ANDA with FDA seeking approval to market rivastigmine transdermal system patch 4.6 mg/24 hr and 9.5 mg/24 hr, and was subsequently sued by Novartis in November 2011. That application is subject to a separate 30-month stay.

Actavis (formerly Watson) believes it may be the first applicant to file an ANDA for the generic Exelon Patch and should its ANDA be approved, it may be entitled to 180 days of generics market exclusivity.

For the 12 months ending 31 January 2013, Exelon had US sales of approximately US$521 million according to IMS Health data.