Injectable generics specialist, Hospira, is under scrutiny again regarding drug shortages caused by its continuing lack of compliance with FDA requirements. In fact, one analyst from The Wall Street believes that the company has production problems that require long-term attention and that could lead to it receiving a consent decree from FDA. 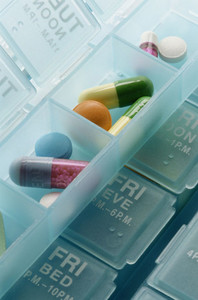 Ms Malhotra suggested to Bloomberg that all these problems could lead to FDA obtaining a consent decree to ensure that violations at Hospira are fixed.

This may not come as a surprise to Hospira, given the attention it has received from FDA recently. During 2010, FDA found quality and compliance manufacturing issues at its North Carolina (USA) plant, prompting a warning letter in April 2010 and causing Hospira to temporarily close down the plant. Two FDA 483 inspection reports which followed in June and August 2010 found further good manufacturing practice problems.

Hospira is obviously aware of its shortcomings, as MedCity reports, it is planning to spend up to US$375 million over the next three years to bring its manufacturing facilities into regulatory compliance. Most of this investment (80%) is reported to be going to the company’s troubled North Carolina plant, which has been under FDA scrutiny since 2009.

Despite Hospira managing to resolve drug shortages with the cytarabine and propofol drugs in September 2011 [1] the company is still listed with FDA as being responsible for many of the drug shortages in the US. This latest news can only add to both Hospira and the US problems with supply of essential and often life-saving drugs, most of which (74%) involve sterile injectable generic drugs [1].

Hospira says that it is addressing drug shortages by building additional capacity and capabilities for managing capacity. The company is also increasing inventory and making manufacturing improvements. The company also states that it is focusing on the most critical life-saving drugs and prioritising their manufacture.

Cancer drug shortages in the US