Australia’s Department of Health announced on 4 September 2016 that it would be reducing the cost of more than 2,000 brand-name drugs, some by 50% or more. 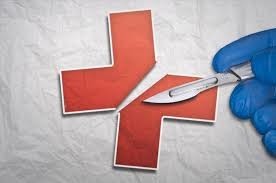 Minister for Health and Aged Care Sussan Ley announced that from 1 October 2016, one-in-three brand-name drugs on the Pharmaceutical Benefits Scheme (PBS) would be cheaper for some consumers by as much as AU$20 per prescription per medicine – or more than AU$200 per year.

The planned price reductions will come into effect on 1 October 2016 and include medicines to treat osteoporosis, high blood pressure, diabetes and gastric reflux.

The Generic and Biosimilar Medicines Association (GBMA) [formerly the Generic Medicines Industry Association (GMiA)], which represents generics suppliers in Australia, has also called for faster approval for generics, saying that this would ‘bring new affordable medicines to patients sooner, increase treatment options for doctors and deliver savings for the PBS’. It currently takes just over a year for Australia’s drug regulation body, the Therapeutic Goods Administration, to evaluate and approve a generic medicine.

Although, Australia has historically paid more for drugs than countries such as New Zealand and the UK, this has been put down to the fact that one in four medicines dispensed on the PBS are still the brand-name originator drug and that the level of utilization of generics in Australia is still much lower than in these countries [2].

The latest reductions to the prices of drugs listed in the PBS, in addition to cutting costs for patients, are expected to save taxpayers nearly AU$900 million. These savings can then be used to fund new medicines. Ms Ley points to the fact that ‘savings from our 2015 PBS Sustainability Package are already being used to subsidise new breakthrough medicines like the AU$150,000 melanoma treatment Keytruda’.

The changes deliver greater price reductions by removing the ‘originator’ or premium brand-name version of the drug from pricing calculations for medicines, meaning the cost of cheaper generics are used instead.

Related article
Savings to be made from generics use in Australia