On 12 October 2013, California Governor Jerry Brown vetoed legislation known as SB 598, a bill that some believed would have impeded access to biosimilars. 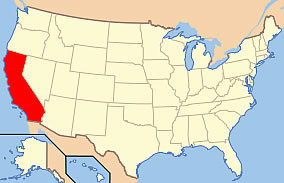 The Generic Pharmaceutical Association (GPhA) welcomed the decision, having previously written to Governor Jerry Brown asking him to veto the bill.

SB 598 would have forbidden a pharmacist from substituting a biosimilar for a brand-name biological if a physician ticked a ‘do not substitute’ box. The bill also required pharmacists to notify the doctor and sometimes the patient when a substitution is made [1].

The GPhA, along with more than 30 other organizations, had opposed the bill, stating that it ‘would create unnecessary barriers between Californians and newer, lower-cost versions of biologic[al] therapies, known as interchangeable biosimilars.’ The association also stated that the legislation was ‘premature’, in view of the fact that FDA is yet to issue final guidance on biosimilars, review a biosimilar application or deem a product interchangeable.

The GPhA letter also pointed to the fact that the Californian bill was in conflict with the Biologics Price Competition and Innovation Act (BPCI Act) of 2009, which FDA points out ‘expressly states that an interchangeable biological product may be substituted for the reference product without the intervention of the healthcare provider’.

The GPhA says that the bill would have impacted on the uptake of biosimilars by ‘undermining trust in these products.’ The bill could also have prevented California from realizing an estimated US$27.6 billion in potential savings over the next 10 years as 11 blockbuster biologicals lose patent protection.

The Biotechnology Industry Organization (BIO), which represents originator biologicals companies, along with biotech giant Amgen, reacted with disappointment to the veto. BIO said that the bill ‘aligned with all five of BIO’s principles on biologic[al] substitution’, ‘providing patients and their physicians the right to know what biologic[al] medicine the patient receives from the pharmacy’. Amgen added that ‘the bill would have given Californians with serious illnesses increased access to biologic[al] and biosimilar medicines in a way that maintained patient medical records and facilitated manufacturer accountability.’

SB 598 was one of a series of biosimilars bills introduced across the US Legislation similar to SB 598 has not been enacted in nine states, enacted in five states with notification provisions intact.  Florida, on the other hand, has enacted a law that promotes access to biosimilars without physician notification requirements [2].