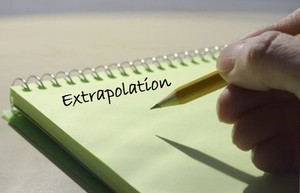 The concept paper is intended to discuss the need and possibility to develop a framework for extrapolation approaches that are considered scientifically valid and reliable to support the authorization of medicines in the EU.

Extrapolation can be defined as using data from studies in a particular patient population to justify use of a drug in another group. The main rationale for the use of extrapolation is ethical, i.e. so as not to carry out unnecessary human trials. But extrapolation also enables drugmakers to carry out fewer clinical trials thus reducing drug costs and time to get to market and this is important in the development of both generics and biosimilars.

EMA wants to set up a framework in order to set out a structured approach to be followed for each extrapolation exercise to improve interactions with stakeholders and to standardize decision making across EMA committees. The framework would require drug developers to follow a systematic approach when applying for extrapolation of data to another indication or patient population and may include:

EMA is asking for feedback on the concept paper from academics and industry, and is hoping to develop a finalized reflection paper within the next 12 months.

Efficacy, extrapolation and interchangeability of biosimilars