The UK National Health Service (NHS) has filed a GBP 220 million (US$280 million) lawsuit against the French pharmaceutical company Servier Laboratories. The Supreme Court has now agreed to hear the lawsuit, which relates to a patent used to block generic versions of a hypertension drug. 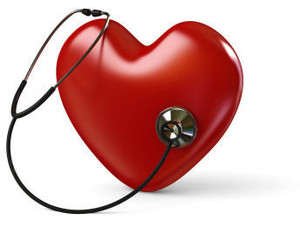 The lawsuit relates to the drug perindopril arginine, which is sold by Servier under the brand name Coversyl. The drug is a treatment for hypertension, coronary artery disease and heart failure and is in the angiotensin-converting enzyme (ACE) inhibitor class.

The NHS has accused Servier of blocking sales of generic versions of the drug by defending a patent the company knew not to be original. The NHS says it could have saved millions of pounds by sourcing the medication from generics manufacturers, which were prevented from selling such a drug due to Servier’s actions. Although patent expiry was in 2001, the first generic was not introduced onto the market until 2007.

Servier has contested the allegations, but the Supreme Court – the UK’s top court – has now agreed to revisit the NHS claim. The NHS aims to show that Servier obtained a patent from the European Patent Office, despite knowing it was invalid.

The patent, which was granted in 2004, relates to its ‘alpha crystalline’ form of perindopril arginine. Although 10 companies originally opposed the patent in 2006, the decision was upheld.

After Servier obtained a court injunction to prevent generic sales of the drug in the UK, in 2007 it was ruled that the patent lacked novelty (a decision upheld by the Court of Appeal a year later). In 2009, the patent was revoked.

The NHS first sued the company in 2011 [1], alleging that they broke competition law and deceived the European Patent Office and English courts into supporting the patent, despite knowing that it was not original.

The claim was initially not supported. In 2017, the High Court ruled that Servier had not interfered with the freedom of the NHS or before the patent office. This decision was upheld by the Court of Appeal two years later, based on the fact that such interference ‘cannot be alleged’ and that European legal proceedings are not binding.

The Supreme Court will hear a separate case on Servier’s alleged infringement of competition law.

This follows fines of over Euros 420 million imposed by the European Commission on Servier due to abuse of their position in the market, which was in breach of EU competition law [2]. The company were found to enter into pay-for-delay agreements over Coversyl with five generics manufacturers, which shared the fine.

In related news, the European Court of Justice has recently supported the decision of the UK financial regulator to fine GlaxoSmithKline (GSK) for using similar pay-to-delay arrangements for their antidepressant drug Seroxat/Paxil (paroxetine) [3].

AbbVie ruled to pay nearly US$450 million for antitrust violations