Uptake of biosimilars in Europe is slowly increasing, according to a new report published by the European Commission’s (EC) Enterprise and Industry Directorate-General. 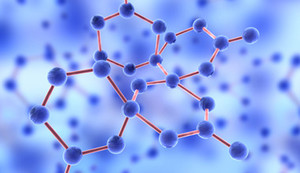 Biosimilars still account for a relatively small segment of the EU pharmaceutical market. But they do have strong annual growth, see Figure 1, despite the fact that automatic substitution by pharmacists is not permitted in most countries. 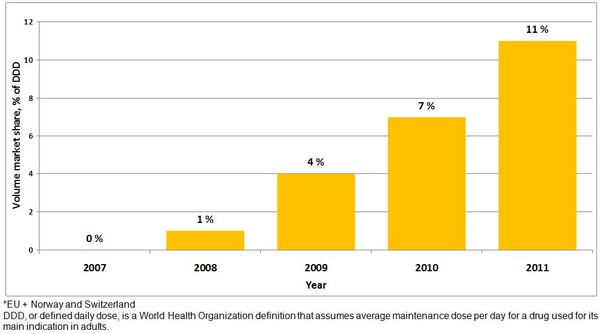 Although in Germany, pharmacists may substitute a biosimilar as part of the ‘Aut-idem-Regelung’ [1], currently no country has explicitly authorized the substitution of biologicals from different manufacturers, and a number of EU Member States have gone as far as banning this practice.

The report found that uptake of biosimilars also differed between different countries, with differences across European Member States being attributed to differences in national healthcare systems, structures and processes. Some issues that were seen to have an impact on biosimilars’ uptake were:

The report therefore concluded that in order to increase the use of biosimilars in Europe ‘it is essential that physicians and patients [have] a thorough understanding of biological medicines, including biosimilar medicines’. This would then increase their confidence in using both biological and biosimilar therapies. Factors seen as important to create such confidence included maintaining a robust regulatory framework and effective risk management strategy. Other factors identified were maintaining transparency with regard to biologicals, and continued education on biologicals, including biosimilars.