Australia’s drug regulatory agency, the Therapeutic Goods Administration (TGA), announced on 28 July 2017 that it was opening a consultation on how to name biologicals. 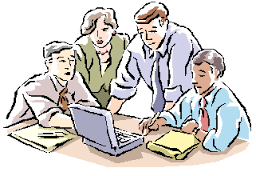 The agency has launched public consultation in order to gather feedback on proposals for potential biological naming systems.

In its specific guidance for biosimilars [1] the TGA requires that the name of a biosimilar in Australia be made up of:

However, in order to provide improvements in the identification of biologicals in the reporting of adverse events and to align with international practice the agency is seeking comment on changing this approach. With respect to alignment the agency does, however, note ‘the significantly different approaches adopted by Europe and the US’.

The US Food and Drug Administration’s (FDA) biologicals naming guidance requires biosimilars and their reference products to have distinguishable non-proprietary names. The FDA approach is to assign a random, meaningless suffix containing four letters to all biologicals to facilitate pharmacovigilance [2]. The European Medicines Agency’s (EMA) approach on the other hand is to use 2D barcoding on product packaging in order to trace the batch number and identity of all medicines (including biologicals). It has also been pointed out that biosimilars using the same INN as their reference products have been on the market in Europe since 2006 with a proven safety record, and there have been no issues with traceability or pharmacovigilance [3].

The TGA is seeking comments from interested parties on proposed options on whether there is a need in Australia for additional naming requirements for biologicals as a way of strengthening traceability and pharmacovigilance.

The agency has proposed four options for the public to comment on:

1.    No change to the current system.
2.    Keep the current system, but with activities that increase public reporting of adverse events with the inclusion of the product’s trade name, AUST R and batch number.
3.    Move towards adopting a barcode system similar to the EU.
4.    Introduce the use of suffixes to the naming of biologicals – in a similar way to the system implemented in the US.

Comments can be submitted to the TGA via its online consultation submission form, which is available at www.tga.gov.au/consultation/consultation-nomenclature-biological-medicines. The consultation closes on 8 September 2017 and feedback will be released after agency ‘consideration of submissions’.

Related article
WHO naming of biosimilars