The latest data on biosimilar switching in British Columbia, Canada shows that 28% of patients with inflammatory bowel disease (IBD) have switched to a biosimilar version of their medication.

British Columbia (BC) was the first Canadian province to stop coverage of originator biologicals and switch patients to biosimilars [1].

The first phase of the scheme in BC began in May 2019 and involved switching patients taking an originator biological for non-gastrointestinal conditions, such as rheumatoid arthritis, to a biosimilar. This phase ended on 25 November 2019. In the final month of the transition period for the first phase, switches reached 73% for Remicade and 78% for Enrbel.

Phase two of the scheme included a total of 1,858 patients taking Remicade (infliximab) for Crohn’s disease or ulcerative colitis.

The latest data from BC PharmaCare, an insurance scheme in the region, was collected at the end of December 2019 – four months into the six-month transition period for phase two. This data shows that 28% of patients had switched to a biosimilar.

Reasons for the delay in switching may include patients waiting to see a specialist to receive their biosimilar prescription and late switches not yet being reflected in claim data (infusions typically occur every 4–8 weeks).

It is also important to note that a 100% switch rate was never expected, as some patients may use a different originator drug, use private coverage to continue receiving the same originator drug, or discontinue treatment altogether.

To gather patients’ views with Crohn’s or ulcerative colitis (or their caregivers) on the switching policy from BC PharmaCare, a survey entitled ‘BC Biologic to Biosimilar Switch Survey: Patient/Caregiver Experience’ has been sent out by IBD charity Crohn’s and Colitis Canada to collect information on switching from Remicade to its biosimilar version (Inflectra or Renflexis), including questions about how patients were informed about the switch and how the switch has affected them and their health.

Other Canadian provinces have also mandated a switching policy and data is expected soon from Alberta, which launched its biosimilars plan in December 2019 [2].

Arguments against Alberta’s plans to switch patients to biosimilars

Praise for Canada’s BC after it adopts biosimilar transitioning policy 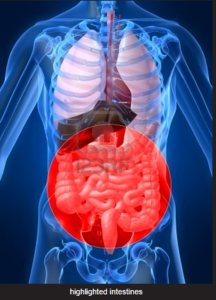