What happened in biosimilars during 2015

The past year has once again been a busy one for the biosimilars industry [1]. The most important milestone achieved during 2015 was the landmark decision made by the US Food and Drug Administration (FDA) on 6 March 2015 to approve Sandoz’s filgrastim biosimilar, Zarxio (filgrastim-sndz), for all five indications of the originator product (Neupogen). FDA is also reviewing applications for epoetin alfa, infliximab, etanercept filgrastim and pegfilgrastim biosimilars. 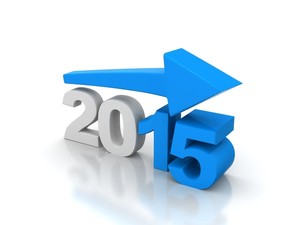 The rest of the world is also catching up with Europe, with biosimilar approvals in Australia, Canada, Korea and Japan. Meanwhile, non-originator biologicals were also approved in Brazil, India, Iran, Russia and Venezuela.

Biosimilars naming
The contentious issue of how to name biosimilars was again a hot topic for discussion during 2015. According to the World Health Organization, almost half of comments on its proposed biological qualifier (BQ) for naming biologicals were positive. The Generic Pharmaceutical Association (GPhA), however, argued that ‘INN [International Nonproprietary Name] naming has been simple and intuitive and this should not be changed’, stating that the brand name is the distinguishing factor.

FDA has also proposed that all biologicals and biosimilars have non-proprietary names and that a four-letter suffix be added to the names to distinguish them from each other.

US state legislation on biosimilars
In January 2015, biologicals companies, including Amgen, Actavis, Sandoz, Hospira and Genentech, and the GPhA agreed to support compromise automatic substitution legislation that would allow interchangeable biologicals to be automatically substituted at the pharmacy. The compromise language requires the dispensing pharmacist to ‘communicate to the prescriber the specific product provided to the patient, including the name of the product and the manufacturer’ ‘within a reasonable time’.

The Finnish Medicines Agency (Fimea) announced in May 2015 that it was recommending the interchangeability of biosimilars for their reference biologicals. The Fimea recommendation does not, however, recommend automatic substitution at the pharmacy level.

Extrapolation
Extrapolation of indications has been a topic of interest during 2015, with EMA defending its decision to extrapolate indications for biosimilars under certain conditions and backing this up with evidence from post-marketing studies.  Despite this assurance by the European regulator, some medical societies are still specifically recommending not to use biosimilars in extrapolated indications.

The future
With the number of clinical trials being carried out for biosimilars in 2015, biosimilar approvals, the first FDA approval and the growing number of biosimilar applications in the US, the future looks bright for 2016 in the biosimilars market.

Nevertheless, use of biosimilars in Europe still varies widely between countries and therapy areas. This highlights the need for continuing education of patients, prescribers and healthcare payers.

Editor’s comment
It should be noted that ‘non-originator biologicals’ approved outside of Europe might not have been authorized following as strict a regulatory process as is required for approval of biosimilars in the European Union. The EMA (European Medicines Agency) regulatory requirements ensure the same high standards of quality, safety and efficacy for biosimilars as for originator biologicals, and also include a rigorous comparability exercise with the reference product.

This article for GaBI Online is a summary of the full article published in GaBI Journal.

If you would like to receive a copy of the GaBI Journal article, please send us an email.

Related article
What happened in biosimilars during 2014