Alvotech invests US$250 million in biosimilars

Iceland-based biopharmaceutical company Alvotech announced on 5 December 2013 that it would invest US$250 million to build a plant in Reykjavik for the development and manufacture of a portfolio of biosimilar monoclonal antibodies. 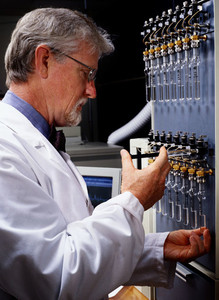 Alvotech is a sister company of US generics company Alvogen. Through this alliance it is expected that Alvogen will add key pipeline molecules to its existing biosimilars business. Alvogen currently markets biosimilars in selected regions through alliances with other firms including Hospira and has several pending marketing authorizations worldwide.

Alvotech began construction on an 11,800 square meter development and manufacturing facility, where it will produce its own biosimilars, in the Science Park of the University of Iceland in Reykjavik in November 2013. The plant is expected to be completed by early 2016.

Iceland was chosen as a logical place to produce biosimilars, being midway between Europe and the US. The country also has few patents, meaning supplies can be made there and then shipped to markets which are patent-free.

The company’s biosimilars include versions of leading monoclonal antibody molecules, some of which are reported to already be at an advanced development stage. Alvotech intends to bring its biosimilars to market by 2018.