Mochida Pharmaceuticals (Mochida) and development partner Fuji Pharma announced on 21 November 2012 that they had gained approval for the first biosimilar granulocyte colony-stimulating factor (G-CSF) in Japan. 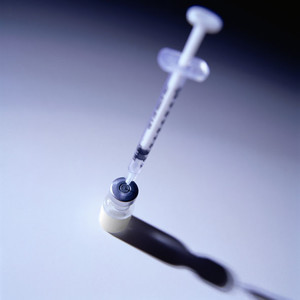 The Japanese biotechnology firms started joint development of the biosimilar G-CSF back in February 2010, and had filed respective applications to Japan’s Ministry for Health Labour and Welfare (MHLW) for approval of their biosimilar G-CSF in December 2011 [1].

G-CSF has the effect of increasing the production and function of neutrophils in the blood. It is a physiologically active protein that is used for the treatment of neutropenia (a low number of neutrophils) caused by cancer chemotherapy.

The biosimilar (syringe filgrastim BS), which will be marketed under separate brand names by the two companies, has been approved in prefilled syringes containing 75 mg, 150 mg and 300 mg filgrastim. In their joint press release Mochida and Fuji Pharma stated that they believed the drug ‘can contribute to the improvement of patient quality of life’.

The biosimilar will not, however, be released immediately, as it first has to undergo a pricing process in order for the drug to be included in the National Health Insurance Drug Price List and thus be eligible for reimbursement.