Caution over IP provisions for biologicals in TPP

The US Generic Pharmaceutical Association (GPhA) has expressed its concerns over negotiations currently taking place on the Trans-Pacific Partnership (TPP) agreement. 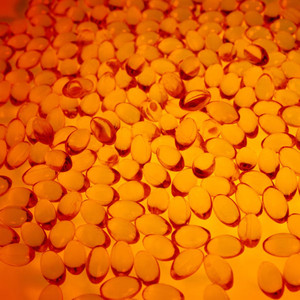 The GPhA is particularly concerned about efforts to include provisions in the TPP agreement that would hinder competition and access to generic medicines.

It has also been suggested that provisions relating to intellectual property (IP) rights for biological products should be included in the TPP. Office of the US Trade Representative officials have allegedly indicated that they may propose granting as much as 12 years of data exclusivity for biological drugs, which is in line with what has been proposed by US healthcare reform legislation [1].

The GPhA is particularly opposed to this, believing that it is premature to include provisions relating to biologicals in any trade agreement, especially when the implementation of the pathway for biosimilars has still not been finalised. There remains significant disagreement about how certain provisions of the new law should be implemented by the FDA, and whether further legislative reforms are necessary to ensure a more robust biosimilar marketplace.

The TPP agreement is an Asia-Pacific regional trade agreement currently being negotiated among the USA and Australia, Brunei, Chile, Malaysia, New Zealand, Peru, Singapore and Vietnam.

As the US prepares to submit text for the IP chapter related to pharmaceuticals, the GPhA believes it is imperative that such provisions reflect the bipartisan new trade policy of 2007, which struck a better balance between promoting innovation and ensuring access to affordable drugs.

The FDA certainly needs to sort out this issue of the exclusivity period for biologicals soon. It has, as we see here, far reaching consequences, affecting not only biosimilars industry in the US, but also their trade with other countries/regions.

Please feel free to share your thoughts via email to editorial@gabionline.net or in the comments section below. What are your views on the exclusivity period for originator biologicals in the US should be allowed? How do you think this will affect the biosimilars industry?

More debate over the exclusivity period for biological in the US