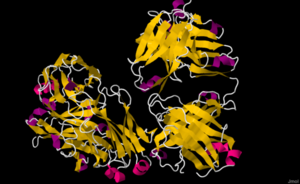 Celltrion had been planning to start a 2-year long phase III trial of its biosimilar candidate CT-P10 to compare the efficacy and safety of the biosimilar with MabThera in patients with advanced follicular lymphoma. The study, which was planned to be carried out in 740 patients in 24 different countries; is now listed as ‘prematurely ended’ in three of the four countries the trial was being carried out, namely Greece, Estonia and Hungary, according to the European Union’s clinical trials website. Although the trial is still listed as ‘ongoing’ in Latvia, reports are that the trial has been stopped, and it is not clear if the company will resume the trial later or not.

A Celltrion spokesperson told The Financial Times that ‘the company intends to first finish an ongoing phase I trial of its rituximab biosimilar CT-P10 before reviving plans for a halted phase III trial of CT-P10’. This decision was apparently taken in order to comply with recommendations from some regulatory bodies that the phase I trial be completed before starting the phase III trial rather than carrying out the trials in parallel.

Celltrion has two phase I trials ongoing, according to ClinicalTrials.gov. One trial in 10 patients with diffuse large B-cell lymphoma was due to be completed in October 2012 and the other in 147 rheumatoid arthritis patients is expected to be completed in August 2013.

MabThera/Rituxan had sales of around US$7 billion during 2012. Despite the fact that the patent on rituximab does not expire until 2015 in Europe and 2018 in the US, many companies are working on biosimilars of the drug. Companies with biosimilar rituximab in the pipeline include Boehringer Ingelheim, Gedeon Richter, Sandoz (the generics division of Novartis) and Stada Arzneimittel [1].

The news is putting Celltrion behind its competitors in the race to be the first with a biosimilar version of rituximab. Nevertheless, the company still has four clinical trials ongoing in Europe and four in the US for biosimilars of arthritis treatment infliximab and cancer drug trastuzumab. Back in July 2012, Celltrion gained Korean Food and Drug Administration (KFDA) approval for its first biosimilar monoclonal antibody, Remsima (infliximab). The company has also applied to EMA for approval of Remsima in Europe [2].