Innovent Biologics (Innovent) has raised US$25 million in Series B financing to put towards the continued expansion of its pipeline and manufacturing capabilities. 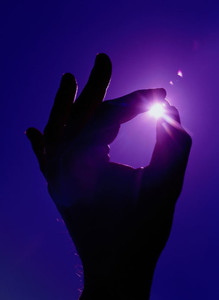 The China-based company, which is dedicated to the development and manufacturing of monoclonal antibodies for both China and elsewhere around the world, received the money from Lilly Asia Ventures (part of Eli Lilly), Fidelity Biosciences and Fidelity Growth Partners Asia (part of financial investment firm Fidelity). The company also received Series A funding from Fidelity.

In the company’s press statement Dr Michael Yu, Co-Founder, President and CEO of Innovent Biologics said ‘we are fortunate to have world’s premier investors believing in our team and business. Biologics are going to be a huge category in China just as they are worldwide, which presents a unique, once in a lifetime opportunity. Innovent has positioned itself to be a leading biologics company in China.’

Innovent already has extensive experience in the discovery, development and manufacture of biologicals in the US, Europe and worldwide and has been involved in the launch of such products as Bexxar (tositumomab and Iodine I 131 tositumomab), Conbercept (recombinant fusion protein KH902), Humira (adalimumab), Natrecor (nesiritide), Oncorine (recombinant Human Adenovirus Type 5), Orencia (abatacept), and others.

Innovent already has a Good Manufacturing Practice (GMP)-compliant pilot plant for the production of clinical trial material and has initiated design and construction of a new campus located in Suzhou near Shanghai. In addition to laboratories and offices, the campus will house a commercial manufacturing plant with six 12,000 L bioreactors and a pilot plant, with two 1,000 L and two 300 L bioreactors, for production of clinical materials. The plant will be the largest biologicals production facility in China designed to comply with international requirements for cGMP as defined by EMA and FDA, as well as meeting China’s SFDA cGMP regulations.

The company has three monoclonal antibodies in development, including a CD20 antibody for non-Hodgkins lymphoma and other B cell mediated diseases, a bispecific antibody for cancer and an antibody for oncology.

Innovent reports that it has already entered into product licensing agreements with undisclosed biologicals firms to leverage the growing pharmaceutical market in China. The company is also actively seeking product candidates for in-licensing and co-development.