Japan-based JCR Pharmaceuticals (JCR) announced on 29 September 2017 that it had applied for Japanese regulatory approval for its agalsidase beta biosimilar (JR‑051). 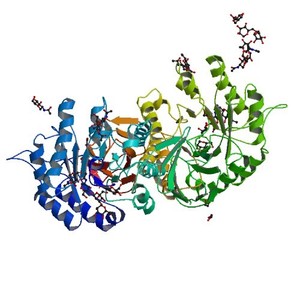 The product is a proposed biosimilar version of Genzyme’s Fabry disease treatment Fabrazyme (agalsidase beta). Fabry disease is an inherited disease caused by the lack of an enzyme called alpha-galactosidase A, in the body. The rare disease is characterized by pain in the extremities, clouding of the cornea, renal failure and cardiac dysfunction. Approximately 600 patients in Japan and 10,000 worldwide suffer from the disease, according to JCR.

JCR is developing the agalsidase beta biosimilar (JR‑051) in collaboration with GlaxoSmithKline for Japan and Asia-Oceania territories. The companies announced positive results for their pharmacokinetics study in February 2015, which they said ‘demonstrated the bioequivalence of JR-051’. In addition, the companies say that ‘the phase II/III clinical trial with Fabry patients initiated in May 2015 generated results that demonstrated equivalence in efficacy and safety of JR-051 compared with the innovator product’.