Protein drug development company Mycenax Biotech of Taiwan announced on 20 October 2009 that its rheumatoid arthritis and psoriasis drug TuNEX, a biosimilar version of etanercept, has successfully completed a phase I trial in South Korea and a phase I/II clinical trial in Taiwan is in the data analysis and report preparation stage; important clinical trial milestones towards the commercial release of the drug in both regional and global markets. 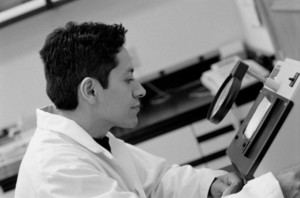 Mycenax also announced that TuNEX would undergo a phase III clinical trial soon, with plans to also undertake multinational, multicenter phase III studies in several countries such as Korea and India, using the clinical data obtained to apply to market the drug in other locations globally.

With the completion of the phase I trial in Korea – a 'biosimilar' as stipulated by Korean drug approval regulations, conducted on 24 healthy patients at National Seoul University – TuNEX becomes the first protein drug developed in Taiwan to pass such a milestone overseas.

Dr Michael Hwang, Mycenax Founder and President said, “With TuNEX being an INN etanercept biosimilar to Enbrel, the world's largest biological pharmaceutical with over US$6 billion (Euros 4.04 billion) in sales, we expect that TuNEX will become a successful, popular cost-effective alternative.”

The development of Taiwan's first biosimilar is also welcome news for the country's fledgling biotech sector.

“With the drug ready to enter phase III trials, it’s indicative of the strength and potential of the biotechnology industry in Taiwan that a small company [50 employees] can produce and develop such an international class drug and compete on global markets,” Dr Hwang said.