Positive results for phase I trial of biosimilar erythropoietin

Hospira, self-proclaimed leader in injectable generics, announced on 6 September 2011 positive results from a phase I clinical trial of its biosimilar erythropoietin (EPO) carried out in the US in patients with anaemia associated with chronic renal (kidney) failure and chemotherapy. 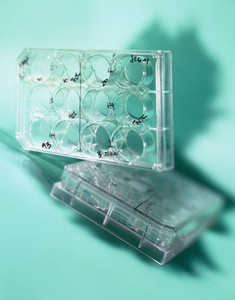 Hospira’s trial met its key endpoint, showing equal pharmacokinetics, or concentration levels in the blood and distribution in the body, for Hospira’s biosimilar EPO and the reference product, Amgen’s Epogen.

The trial was carried out in 100 patients at 20 haemodialysis centres across the US. Patients in the trial were treated with both Amgen’s Epogen and Hospira’s biosimilar EPO, in a cross-over design.

Besides showing equivalent pharmacokinetics, the trial showed no difference in patient safety between the two drugs, a secondary endpoint. The positive phase I results pave the way for Hospira’s planned phase III US programme comparing safety and efficacy of the two products.

The phase I study was conducted in collaboration with DaVita and Fresenius Medical Care AG & Co at 20 haemodialysis centres across the US. Although phase I trials are normally conducted with healthy volunteers, Hospira received FDA approval to conduct this trial with patients [1].

Dr Sumant Ramachandra, Senior Vice President, Research and Development and Medical and Regulatory Affairs and Chief Scientific Officer at Hospira, commented that ‘the successful completion of our phase I EPO trial is an important step for Hospira’s US biosimilars program’. He added that Hospira is committed to ‘making affordable, safe and effective biosimilars available to US patients.’

The first phase III US trial, scheduled to begin during 2011, will be a larger study also involving renal patients. Hospira is consulting with the FDA to plan the trial, which will also take place at US haemodialysis centres.

Epogen is Amgen’s original blockbuster drug and the engine of much of the company’s sales. According to Wikinvest, Epogen had sales of US$2.5 billion in 2010.

Hospira already sells a biosimilar EPO in Europe, Retacrit, making it the first US-based company with biosimilars on the European market. Retacrit, introduced in 2008, now has a more than 50% share of the total short-acting EPO biosimilar market in Europe. Hospira also launched Nivestim, a biosimilar version of filgrastim, in Germany, Ireland and UK, in 2010. Filgrastim is a granulocyte colony-stimulating factor used to treat neutropenia, a condition in which the body makes too few infection-fighting white blood cells. The condition is often caused by drugs prescribed for cancer treatment.

Hospira therefore has much to gain by being ready with a biosimilar EPO by 2014 when, hopefully, the US biosimilars pathway should be in place.