In June 2009, Sandoz, the generic pharmaceuticals division of Novartis, and its subsidiary Hexal, temporarily had to suspend continuation of their clinical study into the safety of subcutaneous application of the epoetin alfa follow-on product HX575 recombinant human erythropoietin alfa for patients with renal anaemia. 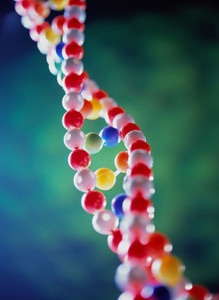 The information was published on 10 June 2009 on ClinicalTrials.gov, stating that the study entitled ‘Randomized, Controlled, Double-Blind Multicenter Safety Study to Evaluate the Safety and Immunogenicity of Subcutaneous EPO HEXAL vs. ERYPO® in the Treatment of Anemia Associated With Chronic Renal Insufficiency in Predialysis Patients’, sponsored by Novartis, had been suspended due to adverse events. The primary outcome measures involved a change in the haemoglobin level and the secondary outcome measures an incidence of antibody formation.

In addition, the ‘Study to Evaluate the Efficacy, Safety and Immunogenicity of Subcutaneous HX575 in the Treatment of Anemia Associated With Chronic Kidney Disease (SWEEP)’ was suspended due to adverse events in the related clinical study mentioned above.

The German Federal Institute for Drugs and Medical Devices (BfArM) informed on its website that the immediate cause for the suspension was the occurrence of pure red cell aplasia in a German study patient as well as proof of neutralising antibodies against erythropoietin in a study participant from Russia.

In the randomised, controlled, double-blind multicentre trial the safety and immunogenicity of SC epoetin alfa Hexal versus Erypo/Eprex, for which the original approval had been given, should be studied for the treatment of anaemia in patients with chronic renal insufficiency. The clinical study was conducted because in the previous approval procedure of the follow-on biologic epoetin alfa, not enough evidence for the safety of SC application had been provided, and therefore it had not been approved for SC application.

At the moment of suspending the clinical trial, 338 patients that had previously not been treated with epoetins were included in the trial. After the second case of neutralising antibodies associated with the compound under investigation had become public, the clinical trial was temporarily suspended, following suggestions of Safety Monitoring Board members. The patients were transferred to alternative treatments at their treating physician’s option.

In one of the adverse drug reaction cases that led to the temporary study suspension, a 81-year patient from a German study centre was involved, who developed a strong anaemia with reticulocytopenia during the therapy and needed urgent admission to a hospital. An aplasia of red cells was diagnosed and the performed antibody test was positive for erythropoietin-neutralising antibodies.

Sandoz heard about the second case, in a Russian trial centre, by the end of May 2009, in which a 79-year old patient had died by the end of April 2009 due to his pre-existing cardiovascular conditions. Just before that, neutralising antibodies against erythropoietin had been identified.

For the participants in the suspended trial an extensive follow-up examination has been agreed upon with the pharmaceutical enterprise, in order to timely recognise further possible occurring cases of neutralising antibodies against erythropoietin.

After suspension of the clinical study, the German BfArM stresses that epoetin alfa Hexal, Binocrit and Abseamed for renal anaemia are only approved for IV application.