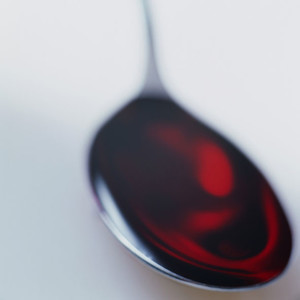 An unidentified source told the The Korea Times that Samsung had to stop the clinical trials, which the company had been carrying out since March 2011 in 16 countries, including Brazil, Canada, Czech Republic, South Africa, Spain, Taiwan and the UK, as well as Korea, due to ‘internal reasons’.

In December 2011, Samsung entered into a biosimilars joint venture with US biotechnology company Biogen Idec and back in February 2011 Samsung made a deal with contract research organisation Quintiles to provide biologicals manufacturing and biosimilars development services [1, 2].

The news is perhaps not surprising, taking into account the recent news that Teva Pharmaceuticals has suspended its phase III trial for its biosimilar version (TL011) of Roche’s Rituxan/MabThera (rituximab) and is ‘considering how best to meet the requirements’ from FDA and EMA [3].

It is speculated that Samsung is being forced to redo the tests from scratch due to changes in safety requirements in Europe and the US. The company is reported to be in talks with FDA to reset the conditions for the SAIT101 clinical tests.

The news could, however, delay Samsung’s plans to launch biosimilars by 2015 at half the price that patients in the US and Europe currently pay. The biotechnology arm of Samsung, Samsung BioLogics, has committed more than US$2 billion in investments up to 2020 in its new manufacturing plant outside Seoul, Korea [2], and is expecting to achieve annual revenues from biologicals of US$1.8 trillion by 2020.

Rituximab is approved in the EU and US to treat non-Hodgkin’s lymphoma, chronic lymphocytic leukaemia and rheumatoid arthritis, as well as to treat diffuse large B-cell lymphoma in the EU.

Roche’s blockbuster cancer and rheumatoid arthritis treatment ranks among the top three biological drugs worldwide and sold 6 billion Swiss francs (US$6.6 billion) worth of drugs worldwide in 2011. Rituxan’s patent protection will expire in Europe in 2013 and in 2018 in the US.

The stakes are high and there is much to lose from any delays. The biosimilars market earned revenue of approximately US$172 million in 2010, and is expected to reach approximately US$3,987 million by 2017. Twelve biological products with global sales of more than US$67 billion will be exposed to biosimilar competition during 2012 alone, with many more following.

Response to 'Please correct the numbers given in your text, they are wrong'

Thank you for your comments. We have updated the article accordingly. Thank you and regards, Jodi

Please correct the numbers given in your text, they are wrong