Biogenerics is a field that is becoming more and more important to Teva and the company seeks to deepen its existing ties in this area with Swiss company Lonza. Sources inform Globes that Teva President and CEO, Shlomo Yanay, CFO Eyal Desheh, and all the company’s board, flew to Switzerland for two days of meetings intended to extend the collaboration between the two companies. 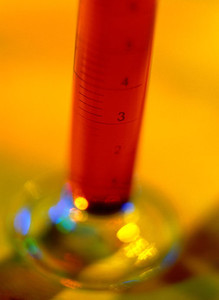 Teva is the world’s largest generic drugs company, while Lonza supplies products to the life sciences and biopharmaceuticals industries - from research to finished product. At the beginning of 2009, Teva and Lonza announced a joint venture to develop, produce, and sell biogeneric products. The two companies have invested in the venture together, with the revenue to come in the future when its biogeneric products reach the market.

The venture began to operate during the second quarter of 2009, and by the end of the third quarter of 2009, Teva's share in its expenditure reached US$23 million. At the same time, Teva received rebates from the venture totalling US$46 million, on account of research and development investment made before the joint venture was set up.

Biogeneric (or biosimilar) drugs are generic drugs based on biological drugs. It is considered that this field will be an important growth engine for generic drug companies in general and for Teva in particular in the coming years.

At this stage there is still no legal mechanism for approving biogeneric drugs in the US, and the matter has been debated in US Congress over the past few months. However, Teva is not waiting for US legislation, and in December 2009 it filed an application with the FDA for approval of a biogeneric drug. Since there is no approval track for biogenerics, Teva filed the application on the BLA (biologic license application) track for new biological drugs.

"This is an important milestone for Teva. In the past two years, we've been talking about biosimilars, and today we took the important and exciting step to realize this strategy", Teva Vice President Global Branded Products, Moshe Manor, told Globes at the time.