South Korean biotechnology company Celltrion presented the PLANET clinical studies results of phase I and phase III trials for its first monoclonal antibody biosimilar (CT-P13) of Johnson & Johnson’s rheumatoid arthritis blockbuster Remicade (infliximab) at the Annual Congress of the European League Against Rheumatism (EULAR) held in Berlin, Germany, on 6–9 June 2012. The results demonstrated the biosimilarity of CT-P13 to the reference drug, supporting the company’s intention to launch the biosimilar monoclonal antibody globally. 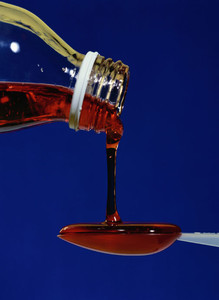 The phase I trial compared the pharmacokinetic profile of CT-P13 with that of infliximab, as well as evaluating the efficacy and overall safety of both treatments in 250 patients with ankylosing spondylitis. The phase III trial on the other hand compared the clinical efficacy and overall safety of CT-P13 with those of infliximab in 606 patients with active rheumatoid arthritis.

Celltrion’s biosimilar plans
Celltrion, as a contract manufacturing organisation, has an agreement with US-based generics major Hospira to develop and market eight biosimilars, including infliximab [1].

Celltrion applied for Korean Food and Drug Administration approval in February 2012 [2] and is preparing to launch CT-P13 in approximately 100 countries including the EU and other developed markets. Product registration approvals are anticipated in around 40 countries by the end of 2012.

The company has at least six other biosimilars in various stages of development, covering indications such as breast cancer, Hodgkin’s lymphoma, colorectal cancer, colon cancer and respiratory syncytial virus, and is committed to becoming one of the world’s leading companies in biosimilars.

The series of two articles that follows presents in more detail the results from the phase I and phase III trials.