US healthcare reform passed: Biosimilars Pathway in US with 12 years exclusivity for biologics 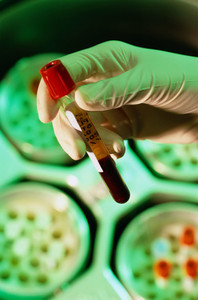 The legislation would give the US FDA the authority, for the first time, to approve generic versions of biological drugs, but branded drug makers would be given a 12-year exclusivity period before generics may be developed.

Although pharmaceutical majors would contribute more than the originally intended US$80 billion in savings over 10 years to help pay for the cost of the bill, the legislation does in turn create 32 million more customers for the industry’s products.

In response, European drug makers edged lower on 22 March 2010. “Pharma stocks have slipped although they are far from being the worst performing sector in Europe,” said Mr Stephen Pope at Cantor Fitzgerald.

Analysts at Panmure Gordon said: “The safe passage of US healthcare legislation overnight in the House of Representatives must be viewed positively.”

Analysts were in agreement that the impact of the legislation on the pharmaceutical sector is likely to be relatively limited and there was still plenty of scope for further dilution.

Investors’ fears were eased as the bill does not allow the US government to cap prices and premiums, which would have hurt drug makers and insurers.

Mr Jeremy Batstone-Carr at Charles Stanley Research said: “Critically, the pricing of prescription products remains free from external interference. The proposed legislation excludes any form of public option which would result in government becoming a major force in the industry, further rebates in medicare, governmental negotiation of pricing and cheap imports from low-cost countries.”

However, Mr Jon Leibowitz, Chairman of the Federal Trade Commission (FTC) that has battled to get ‘pay for-delay’ deals banned, pledged that the fight will go on. These ‘unconscionable deals’ cost consumers around US$3.5 billion a year, and “it’s not a question of whether, but when, they are stopped”, he said a week earlier.