Gastroenterologists from across Asia have published a list of recommendations for the use of biologicals and off-patent biologicals in inflammatory bowel disease (IBD) in Asia [1]. 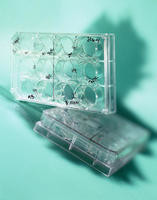 The Asia-Pacific Working Group on IBD and the Asian Organization for Crohn’s and Colitis conducted a review of the existing literature. This was carried out in order to establish a consensus on when and how to introduce biologicals and off-patent biologicals in conjunction with conventional treatments for ulcerative colitis (UC) and Crohn’s disease (CD) in Asia.

Data demonstrating the safety, efficacy of biologicals, such as infliximab, adalimumab and their corresponding off-patent biologicals, was reviewed and summarized in the consensus statement.

With respect to off-patent biologicals, the consensus group stated that ‘currently approved biosimilars are as safe and effective as reference products and can be used as induction and maintenance therapy for both CD and UC’. A total of 94% of the members of the group agreed with this statement and the group said that the quality of the evidence was good – being obtained from well-designed cohort or case-controlled studies.

Editor’s comment
It should be noted that off-patent biologicals approved in Asia might not have been authorized following as strict a regulatory process as is required for approval of biosimilars in the European Union. The EMA (European Medicines Agency) regulatory requirements ensure the same high standards of quality, safety and efficacy for biosimilars as for originator biologicals, and also include a rigorous comparability exercise with the reference product.