Poland is a mature (well-established) market* in the use of generic medicines. Generic medicines have been in use in Poland for more than 10 years [1]. 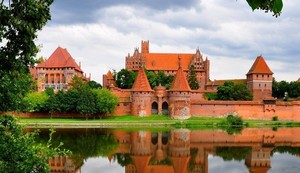 Poland is the largest pharmaceuticals market in Central and Eastern Europe [2] and is the ninth-fastest growing market globally [3]. In 2009, the pharmaceutical industry in Poland stood at a healthy US$10 billion and current growth forecast for the next five years suggest a compound annual growth rate north of 9% reaching US$16 billion by 2014 [4].

The Polish market is dominated by domestic pharmaceuticals—accounting for over 60% of total turnover—as well as by generics. By volume (pharmaceutical packages), the local industry has a market share of over two-thirds [5, 6].

In comparison with other European countries, Poland spends a disproportionately high percentage of total health expenditure on medicines [8]. In 2008, a total of 22.6% of the total healthcare budget was spent on medicines compared to only 9.8% in The Netherlands and 7.7% in the UK [10-11].

According to the Polish Association of Pharma Industry Employers (Polski Związek Pracodowców Przemysłu Farmaceutycznego, PZPPF), the association that represents many of the leading generics producers in Poland, the use of ceiling prices for generic medicines is not conducive to price competition or market penetration of generic medicines. The PZPPF supports the principle of freedom of prices and competition [14].

In 2006, there were around 3,537 generic medicines with market authorisation in Poland [8].

The development of the Polish generic medicines market has benefited from the limited availability of originator medicines and a short data exclusivity period [1].

Physicians are allowed to prescribe by international nonproprietary name (INN), but are not obliged or encouraged to do so [1, 5]. Despite this, physicians in Poland have a favourable attitude towards generic medicines and patient co-payment seems to play a role in stimulating demand for generic medicines in Poland [1].

Generics substitution by pharmacists is allowed, but not obligatory [15]. However, only the same molecule can be substituted; changing the molecule, even for one of the same therapeutic group, is prohibited [8].

At the moment, parallel imports are not significant in Poland. Medicines from parallel trade are not currently reimbursed in Poland as these come in a pack without an approved Polish European Article Number and the reimbursement list identifies medicines by these numbers. However, it is planned to allow parallel importers to submit medicines for reimbursement as well, and this will probably come into effect in due course as parallel imported products are usually cheaper [8].

Generics companies are widely represented in Poland and the generics market is particularly ‘crowded’ [8]. The biggest local generics producer is Polpharma SA, with a market share of about 10% in volume and about 5% in value [5].

* A mature generic market is one where generics have been on the market for more than 10 years and where the market share of generics exceeds 40% [18].

2.  Pharmaceutical pricing, reimbursement & distribution in Poland, 2010 and beyond. 2010 [cited 2013 Nov 14]. Available from: www.shetoldme.com/Business/Pharmaceutical-Pricing-Reimbursement-Distribution-in-Poland-2010-and-Beyond

4.  Embassy of Poland trade and investment promotion section Johannesburg. Embassy of the Republic of Poland in Pretoria. Poland pharmaceutical report and forecast 2010. 2010. Available from: johannesburg.trade.gov.pl/en/download/file/f,8589

7.  European Federation of Pharmaceutical Industries and Associations. The pharmaceutical industry in figures [homepage on the Internet]. 2010.