Generics companies winning the legal battle in the US

Litigation in the US is clearing the way for generics competitors to enter the market. The latest cases include Spring Pharmaceuticals suing Retrophin for blocking generics of kidney stone drug Thiola (tiopronin) and the invalidation of Johnson & Johnson’s (J&J) patent on its prostate cancer drug Zytiga (abiraterone acetate).

The lawsuit alleges that Shkreli and Retrophin acquired the exclusive rights to Thiola, then moved the drug into a restricted distribution system and increased the drug’s price by nearly 2,000%. This scheme, according to Spring Pharmaceuticals, was designed to block competition from generics and allowed Retrophin to illegally maintain a high-price monopoly.

According to the complaint, Martin Shkreli, who is currently imprisoned in New Jersey on a federal securities fraud conviction, implemented the unlawful monopoly of Thiola in 2014.

Thiola is the only US Food and Drug Administration (FDA) approved with tiopronin as an active ingredient and despite it being off-patent, it has no generics competition due to the unlawful exclusionary actions carried out by Shkreli and Retrophin, according to Spring.

Spring Pharmaceuticals, formed in November 2017, selected a generic version of Thiola as its first product aims to break the monopoly on Thiola and bring much-needed competition to the market reducing prices for patients.

On 26 October 2018, the US District Court of New Jersey ruled that Johnson & Johnson’s (J&J) US patent (No. 8822438) for the blockbuster prostate cancer drug Zytiga was invalid, clearing the way for generics of the drug. This is the second time the Zytiga patent has been ruled invalid. The same decision was reached in a parallel review by the Patent Trial and Appeal Board earlier in 2018.

The decision clears the way for generics makers including Teva Pharmaceutical Industries, Mylan and Apotex, who all received FDA approval for their generics on 31 October 2018. Amneal Pharmaceuticals and Wockhardt have also received tentative approval.

J&J’s Janssen unit said in a statement that it ‘strongly disagree with the court’s ruling and will continue to defend the patent’. The company also said that it plans to appeal the decision.

There are currently no generics of abiraterone on the market in the US and the US patents on Zytiga only expire on 24 August 2027. Zytiga had US sales of US$1.4 billion in the first nine months of 2018. 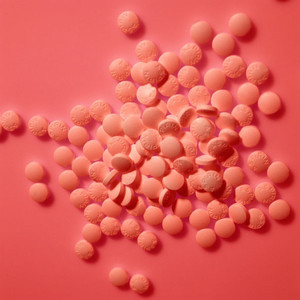