Sales of Pfizer’s Lipitor (atorvastatin), the world's biggest-selling drug, are expected to take another blow as Ranbaxy South Africa (Ranbaxy SA) announced the launch of a generic version of atorvastatin onto the South African market on 8 June 2010. 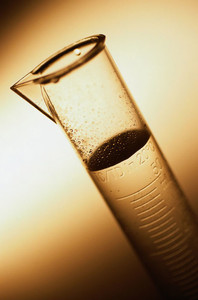 The product, called Lipogen, is a cholesterol-reducing medicine and comes in 10 mg, 20 mg, 40 mg and 80 mg versions.

Ranbaxy SA is a wholly owned subsidiary of the Indian-based Ranbaxy Laboratories (Ranbaxy), which itself is a subsidiary of the Japanese Daiichi Sankyo Group, and is engaged in the sale and distribution of generic prescription products in the South African healthcare system.

Ranbaxy is the first generic pharmaceutical company to launch a generic atorvastatin in South Africa, and is the only company with an 80 mg version.

The launch comes just weeks after generic forms of Lipitor began flooding the Canadian market, due to the imminent loss of patent, with Teva, Watson and Apotex competing to take market share. Pfizer's Lipitor patent in Canada officially lapses on 19 July 2010.

Atorvastatin is the second largest molecule in South Africa after esomeprazole. Lipitor sales in South African are currently worth approximately US$26.1 million, with a market share of 33.2%, as measured by IMS. Pharmacia, a Pfizer company, also markets an authorised generic, Aspavor, in 10 mg, 20 mg, and 40 mg.

Ranbaxy claims that, “the launch of Lipogen provides patients with a high quality generic alternative, at an affordable price. Favourable reimbursement terms to encourage generic substitution have also been worked out, while special distribution arrangements have been made with wholesalers and distributors to improve patient access”. Lipogen is also the first generic in South Africa to carry information in Braille on its packaging.

Lipitor is the world's biggest-selling drug, generating sales of more than US$12 billion. The US patent on Lipitor is due to expire in November 2011. The US is a huge market and Pfizer can only expect further reduction of its market share as generics manufacturers compete to be the first to market their generic versions.