Reference pricing for generics in Switzerland

In 2016, the Swiss Federal Office for Health (FOH) planned to modify the reference pricing scheme for generics. Rather than using a copayment of 10 per cent on low-cost and a 20 per cent copayment on high-cost generics, it was to set the benchmark at the 25th percentile of the price distribution and make patients pay out of pocket for the full excess of price over this benchmark in addition to a basic 10 per cent copayment. This paper, based on an expert report commissioned by Intergenerika, the Swiss association of manufacturers and importers of generics and biosimilars, purports to answer the question of whether this modification is apt to improve the performance of the Swiss healthcare system [1]. 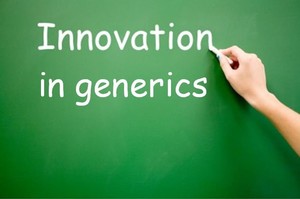 Five criteria were applied that are commonly used for measuring the performance of an economy: (1) Provision with goods and services according to preferences; (2) Static efficiency, meaning production of these goods and services at minimum cost; (3) Adaptability of production to changes in demand and supply; (4) Dynamic efficiency, meaning that criteria (1) to (3) need to be attained over time as well; and (5) Income distribution according to merit (also known as the ‘no rents’ condition), ensuring that producers are not able to reap incomes and profits beyond what is necessary to keep them in their activity.

The analysis undertaken shows that (1) preferences of the insured would be served less well because the scheme will push generics with minor but valued innovations out of the market. However, the political debate revolves almost exclusively about (2) static efficiency, i.e. a reduction of healthcare expenditure and hence contributions to social health insurance.

Due to the high own-price elasticity of the demand for a particular drug, the short-run response would be a massive expansion of sales by the first generic drug manufacturer who accepts a substantially lower new reference price. In order to avoid this effect, the FOH would have to opt for a scheme that results in rather moderate price reductions. In addition, it would have to take the behaviour of prescribing physicians into account. Those who have the right to dispense drugs on their own account will respond to the lower margins offered by generic drug manufacturers by reverting to more expensive brand-name drugs with comparable therapeutic properties. Physicians lacking this right will react in a similar way; their effort designed to convince patients of the equivalence of the generics does not result in much of a saving for their patients anymore since the planned new scheme diminishes the net cost advantage of generics relative to branded drugs. These predictions follow from research suggesting that in their choice of drug therapy, Swiss prescribing physicians generally take the financial consequences for their patients into account.

Because hospitalization is governed not only by medical concerns but also by incentives impinging on physicians, the planned new scheme is likely to increase the cost of inpatient care. Physicians dispensing drugs on their account will respond to reduced margins on generics by referring more borderline cases to the hospital. The same effect is to be expected due to an increase in changes of drug therapy induced by the scheme, judging from recent German experience.

As to (3) the adaptability of the healthcare system, the planned scheme is likely to reduce it by suppressing minor but readily available generic drug innovation, a move that (according to experimental evidence) is in contradiction with consumer preferences.

Concerning (4) dynamic efficiency, the point of departure is that in health care the balance between cost-increasing product and cost-reducing process innovation is distorted in favour of product innovation. It must be conceded that the planned new scheme would force generic drug manufacturers to turn away from minor product innovations and to concentrate again on their original mission, i.e. to introduce process innovations. In this way, it would contribute to an improved balance between the two types of innovation.

Finally, (5) income distribution according to merit is not served because the long-run reduction in the number of generic drug firms caused by the planned new scheme may end up in a monopoly for a therapeutic category, as the Danish experience demonstrates. At the very least, it facilitates cartelization, moving the Swiss healthcare system still farther away from attainment of this criterion.

In summary, the overall conclusion is that the planned new scheme would undermine the performance of the Swiss healthcare sector, and with it the competitiveness of the entire Swiss economy.