China is not the low-cost option in every category

According to an analysis by Robert Kennedy, Manager of Industry Research for Thomson Reuters API Intelligence, as published in Scrip News of 9 December 2009, a striking number of Chinese companies are gearing up to supply pharmaceutical ingredients to the regulated markets of the west. 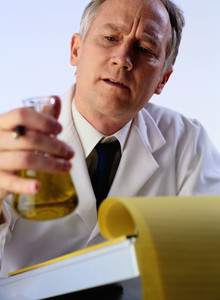 As he points out, the cost of labour in China is rising due to new laws that require increased welfare benefits for employees. Even though remuneration is higher in Europe and the US, salaries in China and India are increasing much faster. Moreover, high staff turnover in China and India contributes to labour costs in these markets.

Environmental compliance is a major expense in China with the advent of stricter environmental health and safety regulations for waste-water treatment standards. Factories that cannot invest in sufficient upgrades are closing.

By contrast, India has not been subject to massive factory closures due to environmental non-compliance. Factories located in Europe and the US have been operating under stringent environmental regulations for many years, so the cost of ongoing compliance is much less in these markets compared with China.

China's energy costs are rising quickly due to the nation's heavy dependence on coal and oil. Meanwhile, India suffers from an inconsistent electrical supply driving up its energy costs. In comparison to these markets, energy usage in Europe and the US is more efficient and less expensive.

Across all markets, inflation and exchange rate fluctuations are intangibles that are difficult to predict and can at different times favour different markets.

The cost of protecting IP across all markets is relatively similar, although money is spent on different things. Staff mobility and technology theft in China and India means that costs are incurred via actions taken to protect IP. Conversely, in Europe and the US, costs are often assumed from challenging and litigating patents.

GMP monitoring in China is a major expense and companies need to have people on the ground to continuously supervise manufacturing activities. This is less costly in India because a larger number of the country's factories have a long history of supplying to regulated markets. Companies in Europe and the US have been operating within a well-defined regulatory system for many years, so the cost of compliance in these mature markets is considerably less.

So, according to the author, China is not the low-cost option in every category. When making sourcing and investment decisions regarding China, companies have to look at the overall package that the country offers. (see also China API sourcing: the way forward, Sourcing APIs from China, Establishing an API manufacturing base in China, China's appeal of the Chinese API sourcing market and Can China retain its API sourcing appeal?) 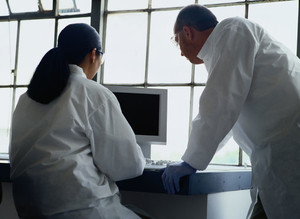