Obama’s fresh attempts to ease drugs shortages in the US

Action by the President
President Barack Obama signed an executive order 31 October 2011 to address an escalating shortage of life-saving medicines, his newest effort to advance social and economic measures that have stalled in Congress.

‘Congress has been trying since February to do something about this. It has not yet been able to get it done. It is the belief of this administration that ... we can't wait,’ Obama said during an Oval Office ceremony to sign the order. The order reflects a proposed law on the shortages that has been stuck in Congress, despite bipartisan support.

On the same day FDA released a report, outlining its approach to, and role in, responding to drug shortages. The Department of Health and Human Services put out a separate report examining the economic roots of the current shortages, which do not affect the majority of drugs.

FDA cautions a limited response
FDA Commissioner Ms Margaret Hamburg said the latest order would not be able to prevent all future drug shortages. ‘But we can make a really meaningful difference by expanding our net of early warnings,’ she told reporters. The order allows FDA to hire six more staff to deal with the issue, up from five people currently working in its office of drug shortages.

FDA has said early notification allowed it to prevent 137 shortages in the past two years by working with other companies to plug the gap with ramped-up production.

The executive order also requires the agency to give the Department of Justice information about possible price gouging in the so-called ‘gray market’, where distributors are suspected of pricing scarce drugs much higher than is considered reasonable or fair.

‘The executive order does not grant us new authority beyond what the legislation on the books has already done,’ Health and Human Services Secretary Ms Kathleen Sebelius told reporters. ‘What it does do from the presidential level is commit increased attention on this, and a multi-department focus.’

FDA will broaden required reporting by manufacturers when shortages or discontinuations of certain drugs loom, and speed up agency reviews that can help prevent shortages, or respond to them.

A complicated problem
Shortages of prescription medicines nearly tripled between 2005 and 2010, see Figure 1, and over 200 medicines are scarce this year, up from 61 in 2005 [2]. Most of them are cheaper injectable generic drugs that have been around for years, and yield low profit margins for their manufacturers. These shortages have forced physicians to prioritize patients, improvise standard regimens (substituting capecitabine for 5FU, for example, in adjuvant therapy for colorectal cancer), and at times, choose unproven treatment options for patients with curable disease. 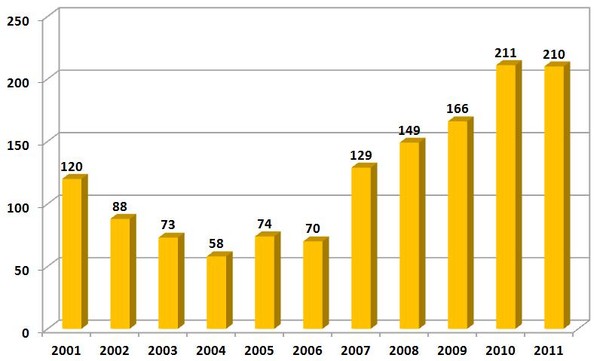 Standing out from among the many reasons for shortages, is consolidation of generic drug production in the hands of a few manufacturers–APP Pharmaceuticals, Bedford, Hospira and Teva–who in turn have experienced both increased demand for drugs and production ‘problems’. In general, generic drugs are sold for very limited profit, as fixed by Medicare legislation, and therefore are produced as inexpensively as possible, using older and less efficient production facilities, and with limited inventories to reduce carrying costs for the company. Contamination of commercial drug vials with particulate or biological matter has led to the closure of several key plants—Bedford and Hospira.

Teva Pharmaceuticals and Hospira have already pledged to build new facilities and increase production. But the new capacity is unlikely to come on line for at least another 18 months, FDA said, adding that three companies were involved in 40% of the 127 shortages it has studied in depth.

What can be done?
Calls have been made both sides of the Atlantic for the law to be changed to allow pharma companies to be penalised if they do not continue to supply needed drugs [3, 4]. A license to market lifesaving products should entail a public obligation to meet demand. After all, if we can afford to spend billions of dollars on medical research, we should, as a society, enjoy the fruits of that investment by assuring the manufacture of generic drugs.

In a statement, the Pharmaceutical Research and Manufacturers of America supported the President, saying they would ‘continue to work with FDA to improve upon existing reporting requirements’. However, the drugs, such as biosimilars, that have a higher profit margin may not face drug shortages although there is news of short supply of biosimiilars in certain European countries.

It remains to be seen whether the executive order will remedy the growing problem in the absence of action from Congress.

Record high drug shortages in the US 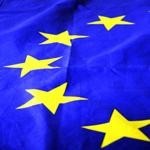