On 1 April 2012, the prices of 75 medicines supplied through Australia’s Pharmaceutical Benefits Scheme (PBS) will be reduced by an average of 28.7%, saving the government an estimated Australian dollars (A$) 1.9 billion (Euros 1.5 billion) over four years. 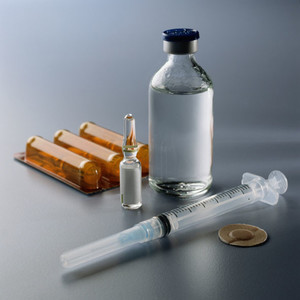 The price cuts will range from 10.5% to 82.7%. They represent the biggest single reduction in PBS history, complains the Generic Medicines Industry Association (GMiA) of Australia. The purpose of these cuts is to yield taxpayers major savings that will keep the PBS affordable, while providing the government with the capacity to list new medicines in the future. The industry has agreed to the reductions in order to create ‘the financial headroom that allows the government to bring the latest medicines onto the PBS whilst keeping expenditure under control,’ said Medicines Australia Chief Executive Dr Brendan Shaw, and added that the 1 April 2012 cuts ‘should lead to price reductions on medicines for patients as well as the government’.

The Health Department has said that customers will pay less for 63 drugs in 171 different formulations, as well as paying less for a further 126 branded products, whose premiums will be reduced.

Background: the situation in Australia
Although it is largely urbanised, Australia’s total population is only around 23 million in a country so big it is a continent. This and other background pressures keep the cost of living generally in Australia quite high, although it is a rich country with an economy based on mining and agricultural exports.

The pharmaceuticals industry is heavily regulated and the government makes a Community Pharmacy Agreement (CPA) with pharmacists every five years which covers arrangements including how much pharmacists are paid for dispensing subsidised medicines. The Pharmacy Guild of Australia has come in for much criticism recently, while the government has abandoned plans to introduce electronic prescribing.

Changes to the PBS and the finalisation of the fifth CPA announced in the budget are expected to deliver the Australian Government net total savings of A$2.5 billion (Euros 2.0 billion) between 2010–11 and 2014–15. This budget extends the PBS reforms of the 2006 PBS reform package. When first announced, the PBS reform package was expected to save more than A$580 (Euros 467) million over the succeeding four years and more than A$3 (Euro 2.4) billion over 10 years. These savings have since been revised down to Euros 83 million over four years.

How successful will the scheme be?
Doctors Reform Society President Dr Tracy Schrader said patients would continue to pay up to four times more than in other countries for many life-saving drugs. The Society is also concerned about the access of rural patients to drugs; the rules about this were changed slightly in the new Memorandum of Understanding (MOU) with Medicines Australia. Medicines Australia represents the discovery-driven pharmaceutical industry in Australia, supplying 86% of the medicines available through the PBS as well as providing a range of other medicines and vaccines.

On the other hand, the industry is trumpeting its acceptance of the PBS adjustments in the public interest. ‘Some companies have taken price cuts of more than 70% for a single medicine, and absorbing reductions of that magnitude is obviously challenging,’ Dr Shaw said ‘but we have agreed to these reductions because Medicines Australia member companies recognise the importance of keeping the PBS sustainable. This creates the financial headroom that allows the [Australian] Government to bring the latest medicines on to the PBS whilst keeping expenditure under control.’

At the same time it is emphasising that there will be no need to reform the PBS further, in other words they will not accept further price restraint.

Australia is grappling with a significant policy challenge with the pricing of generic medicines. There is a case for price reductions as the prices of generic medicines in Australia are high by international standards. However, the MOU, while offering some mechanistic savings, does little to re-engineer the market. Commentators anticipate that the Australian Government is therefore likely to continue to pay high prices for generic medicines [1].

The MOU also prevents the Australian Government from introducing any additional price cuts or new policy proposals beyond those agreed, further limiting the capacity of the government to garner savings from the anticipated market entry of generic versions of several highly-priced PBS medicines over the next five years.