British Columbia has become the first Canadian province to stop coverage of originator biologicals and switch patients to biosimilars for certain indications. 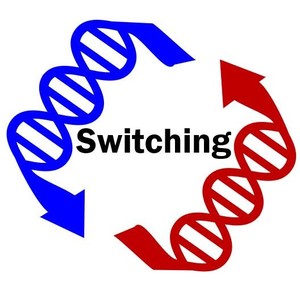 The new policy will apply to the approximately 20,400 British Columbians living with either ankylosing spondylitis, diabetes, plaque psoriasis, psoriatic arthritis or rheumatoid arthritis. These patients will have six months – until 25 November 2019 – to switch from the originator biological to the biosimilar. After that time, the province’s healthcare system, PharmaCare, will no longer provide coverage for the originator biologicals for these indications, except for exceptional cases.

Rheumatology patients currently using the originator biological Enbrel will be switched to the etanercept biosimilar Brenzys or Erelzi, which were approved in Canada in August 2016 and 2017, respectively [1].

Dermatology, rheumatology and gastrointestinal patients currently using the originator biological Remicade to the infliximab biosimilar Inflectra or Renflexis, which were approved in Canada in January 2014 and March 2018, respectively [1].

Endocrinology patients will be switched from originator biological Lantus to the insulin glargine biosimilar Basaglar, which was approved in February 2017 [1].

Despite the approval of many biosimilars in Canada, the country has a very low rate of uptake. In fact, Inflectra and Remsima have only a combined 5%−10% use rate in Canada after four years on the market, compared to Norway (98%) and the UK (90%). According to Minister of Health, Adrian Dix, this resulted in Canada spending over CA$1.1 billion on the originator biological, Remicade, in 2017.

In light of the low rate of uptake of biosimilars in the country, British Columbia has introduced the new policy as a means to reduce healthcare expenses in the province. In 2018, British Columbia spent CA$125 million on Lantus (insulin glargine), Enbrel (etanercept) and Remicade (infliximab), three biologicals that treat chronic conditions such as diabetes, arthritis and Crohn’s disease.

The move will, according to the British Columbian Government, improve ‘the sustainability of its PharmaCare program by expanding the use of biosimilars’. This in turn ‘will create opportunities for new drug listings and boost existing coverage for patients’.

Biosimilars Canada, a national association representing Canada's biosimilar medicines industry, congratulated the British Columbian Government, in its ‘leadership in promoting and expanding the use of biosimilar medicines’. They added that ‘uptake of these medicines in Canada for chronic treatments has been much slower [than Europe] as public and private payers have not actively implemented policy levers to support their use beyond naïve or new patients’.