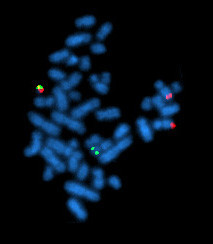 The news follows the announcement by Colombia’s MinSalud in September 2016 that it was going to enforce a declaration of public interest and cut the prices for Glivec, also known as Gleevec, in Colombia [1].

The move follows the recommendation by a committee of the MinSalud that a compulsory licence be issued for Glivec in order to ‘restore competition for this product in the Colombian market,’ and to bring ‘financial sustainability to the health system’ [1].

Colombia’s MinSalud and Novartis had been in negotiations to reduce the price of Glivec. Novartis charges more than double the nation’s per capita income to treat a patient with Glivec for one year. However, negotiations failed and were abandoned.

Novartis has had a monopoly on imatinib in Colombia since 2012 when generics were banned in the country after a decade of litigation. Prior to 2012, generics had reduced the cost of the drug to 197% of the originator drug. Novartis has announced that it will fight its case in the Colombian courts, since its patent rights for Glivec in the country only expire in 2018.