Minister of State for Ireland’s Department of Health (DoH), Jim Daly, discussed Ireland’s National Biosimilar Medicines Policy at the BioPharma Ambition Conference, which was held on 21−22 February 2018 in Dublin, Ireland. 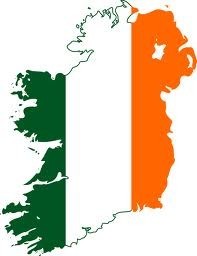 At the conference, Mr Daly reiterated sentiments already expressed by Minister for Health, Simon Harris, in that the country is hoping that the new biosimilars policy will increase the use of these more cost-effective medicines in Ireland, thereby creating a sustainable environment for biologicals in the country.

The biosimilars policy, which is still being developed, follows on from the ‘Framework Agreement on Supply and Pricing of Medicines’, which the Irish Pharmaceutical Healthcare Association (IPHA) entered into with the Irish Government in July 2016. The Framework Agreement set the price of medicines to a European Union (EU) average and provided price cuts for drugs competing with off-patent medicines [1].

However, trade organization Medicines for Ireland has cautioned that the National Biosimilar Policy ‘may lead to no meaningful change’. The group has also criticized the Irish Government’s new Medicines Pricing Agreement with the IPHA as being ‘protectionist’. It also claims that the terms of the agreement, which include an enforced price entry point, ‘restrict competition in the medicine market, in particular for biosimilar over biologic[al] medicines’.

The Medicines Pricing Agreement with the IPHA provides for a 30% drop in price on biologicals when an equivalent biosimilar enters the market. However, although this discount appears attractive, Medicines for Ireland says that it creates a ‘closed market’. They add that ‘it ensures that the dominant position of biologicals is maintained as biosimilars either do not launch here at all or fail to secure any real increased patient uptake, which may inevitably lead to their withdrawal from the market’.

Across the EU, Ireland has the second worst record of biosimilar use [1]. To improve this situation, Medicines for Ireland has called on the DoH to ‘resist pressure from vested interests to maintain the status quo’. The association says that biosimilars have had negligible uptake in the Irish market, pointing to the fact that in some cases biosimilars account for a mere 0.2% of the market share.

Medicines for Ireland has therefore recommended that measures to increase biosimilar uptake be introduced. Measures recommended by the association include compulsory biosimilar prescribing quotas and gain share schemes whereby hospitals that switch to biosimilars can share in savings.