There are many challenges that may limit the competitiveness and sustainability of the European generics sector. Costs and pricing, especially in light of recent cost-cutting exercises in many European countries, is seen as one of the most important. However, limitations on pre-empting patent expiry, increasingly stringent regulations and the effect of tendering also have an impact. 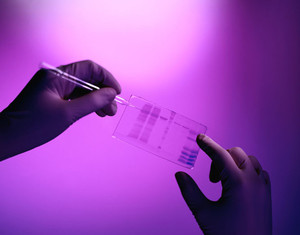 In most cases, the manufacturing costs for generic medicines are the same as for the original product. The only parameter for reducing costs is often the price of the active pharmaceutical ingredient (API). Price linkage requiring the generic medicine to be set at a fixed percentage discount to the originator can seriously disadvantage its introduction and financial viability. This is especially the case when the originator company adjusts prices downwards prior to generic entry.

In most countries, legislation only allows reimbursement prices to go down. This causes a problem for generics manufacturers when they have increasing costs such as salaries and energy bills year on year. If all countries were to adopt the lowest price approach, sustaining the current supply of generic medicines in all countries could be a problem.

In order to derive the maximum benefit from a generic medicine it must be available on the day following patent expiry. However, in certain markets, generic medicine entry is often delayed, partly by the need to gain pricing and reimbursement approval. The European Commission reported that additional savings, on the 219 prescription medicines investigated, could have been as much as 20% higher if there had been no delays in generic entry to the market.

The introduction of the Bolar provision has enabled European manufacturers to develop generic medicines within Europe prior to patent expiry. However, certain restrictions still inhibit such development within Europe - the main one being the manufacture of commercial batches within the EU prior to patent expiry. This inevitably leads to development and manufacture being forced out of European countries.

The generics industry also faces an increasing burden due to pharmacovigilance, periodic safety updates (PSURs) and the necessity for Braille packaging. Rising costs in quality assurance, anti-counterfeit measures and product security are also adding costs, and must all be absorbed without the ability to counteract them with price adjustments.

Tendering systems introduced in Denmark, Germany and The Netherlands, have caused financial impacts on the stability of some pharmacists and wholesalers, as well as problems with continuity of supply, while producing only short-term savings. Tendering in the long-term could lead to major changes in the industry, including reduced investment in, not only the more complex molecules and biosimilars, but all prospective new generic medicines.

Via tendering, Indian and Chinese-based industry, with their capacity to produce APIs at very low cost, are also driving down prices and maximising their market share at the expense of European manufacturers.

The future of the generics sector is not clear and there remain many challenges to be overcome. One thing is clear, however, that a thriving generics market is of benefit to consumers, healthcare providers and national governments and should therefore be encouraged.

(see also The rising cost of health care in Europe, The role of generic medicines in Europe and Opportunities arising from increased use of generics)

European Commission. Directive 2004/27/EC of the European Parliament and of the Council of 31 March 2004 amending Directive 2001/83/EC on the Community code relating to medicinal products for human use 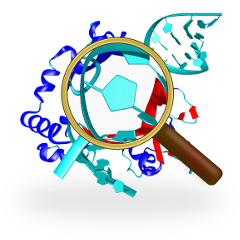