According to a report by the Wall Street Journal on 31 January 2011, generic manufacturers are expecting biosimilars to be the next cash cow, with sums in the multibillions of dollars expected to be reaped from this market in the near future. 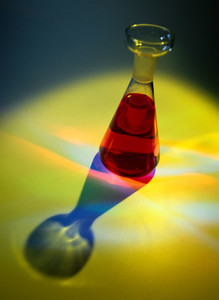 However, the slow rate of progress on creating appropriate regulation in the US, intense scrutiny from originator biotech companies and the high cost of research may dampen their prospects.

According to business information firm Datamonitor, US$60 billion in annual pharmaceutical sales will lose patent protection by 2015. According to data from Capgemini Consulting, biosimilars will make up approximately 50% of the expected US$10 billion biosimilars market by 2016.

Biotech drugs with patents soon to expire include Roche’s blood cancer and rheumatoid arthritis medicine Rituxan (rituximab) and Merck and Johnson & Johnson’s anti-inflammatory drug Remicade (infliximab), both of whose patents will expire in Europe in 2014. While Amgen and Pfizer’s rheumatoid arthritis drug Enbrel (etanercept) will lose patent protection in 2012. These three drugs are reported to have worldwide sales of more than US$5 billion annually.

The European expiry in 2014 of Rituxan (rituximab), a complex monoclonal antibody, has prompted three generics players to start research on a biosimilar version. Sandoz, the generics unit for Novartis, has started mid-stage trials, while US-based Spectrum Laboratories started research in early January 2011; and Israel-based Teva had already started research back in 2010.

One factor keeping the biosimilars market in check, however, is the lack of clear regulatory guidelines.

While the EMA has so far approved several biosimilars and is finalising guidelines for more complex biosimilars such as monoclonal antibodies, in the US it is a different story.

The US regulators are still trying to work out how intensive testing for biosimilars needs to be and how the traditional three-phase drug-approval process for originals can be abbreviated. A key concern is to make sure that biosimilars are safe and effective.

Unlike simple-to-produce generics of chemical drugs, which are identical to the originator product, biosimilars are not exact copies. Complex biological drugs, such as Rituxan (rituximab), are genetically engineered and consist of large molecules produced in live cells.

Due to their complexity, developing a biosimilar is estimated may take up to eight years, with costs of more than US$100 million, which may prove too difficult for many players.

Finally, whether biosimilars will be accepted by physicians has also been questioned. Mr Stephane Dutu, Asset Manager at Vernes and Associés in Geneva, Switzerland, says, ‘doctors may be reluctant to use biosimilars as it is a new class of products with no track record in terms of safety and benefits.’ Also, a poll conducted in 2010 found that more than 50% of physicians in Germany have heard or read little or nothing about biosimilars.